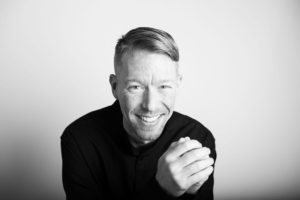 The Blue Knights are pleased to announce the return of Chad Heiny as Program Coordinator for the 2020 season. Chad, born in Williamsport, Pennsylvania, is a freelance musician and educator residing in the Greater Pittsburgh Area. A prolific and regularly commissioned composer, Chad has created music for an eclectic collection of ensembles and performers across the globe. His works are published by both Tapspace Publications and C. Alan Publications. He also holds positions as Music Editor with Tapspace Publications, Program coordinator for the Blue Knights Drum & Bugle Corps, Percussion Arranger for the Hebron High School Marching Band, and adjudicator for Winter Guard International.

Chad has been a passionate contributor to the pageantry arts since 1999, and prior to his current role at the Blue Knights, he arranged, coordinated, or consulted for several DCI World Championship Finalists including The Cadets, Spirit of Atlanta, Boston Crusaders, and Glassmen. An acclaimed percussion arranger, wind arranger, and program coordinator for high school and collegiate marching bands across the country, Chad’s work throughout the fall has won the hearts and minds of students, staffs, fans, and adjudicators. Accolades include many BOA Regional Championships, three silver medal finishes in Class AA at BOA Grand Nationals, and several state championship performances. He can also be seen walking across Heinz Field on game days as Creative Consultant for the Pittsburgh Steeline.

Former Blue Knights Artistic Director, Kevin Shah, adds, “Chad Heiny is a brilliant designer and educator with a uniquely exceptional talent for selfless leadership. His accomplishments as a composer combined with his years of judging at the highest levels along with his motivational educational style give him a really special voice that make him one of the best people I have had the honor to work with.”