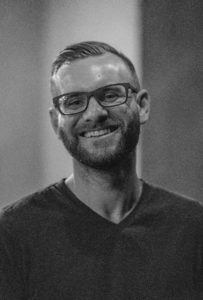 James Gow will be returning to the Blue Knights as the Visual Designer for the 2020 season. James is a Southern California native who began his marching career at Vista Murrieta HS before joining Pacific Crest Drum and Bugle Corps (2005-2006) and later going on to march with the Blue Devils Drum & Bugle Corps (2007-2010). As a drill designer, he has worked with Southwind Drum and Bugle Corps (2017-2018) and is the current visual designer for the Blue Knights (2018-present). He has served as drill designer for multiple high school programs around the country, including Green Hope, Warren, Etiwanda, Foothill, Temecula Valley, and Great Oak HS. James also designs visual programs for scholastic and independent winter drum lines and is currently a choreographer and visual instructor at Broken City Percussion as well as visual designer at Vessel Percussion. As an instructor, he has taught highly competitive groups in the Southern California area including Vista Murrieta, Mission Viejo, Etiwanda, and Fountain Valley High Schools, and serves as the current visual caption head and choreographer for BOA semi-finalist Vista Murrieta HS. He has been a member of the visual staff for the Sacramento Mandarins (2011), The Cadets (2012), and the Blue Devils Drum and Bugle Corps (2013-2018).