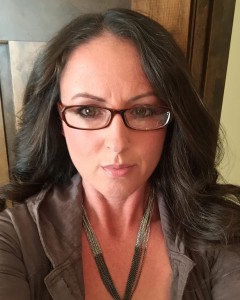 Jordan Kuzma is the Marketing & Merchandising Director for Ascend Performing Arts. Her career in pageantry has an unorthodox beginning…after being told by her parents that she couldn’t become a member of her high school color guard, she practiced spinning in her backyard with a curtain rod, honing her skills until she was able to convince her parents to let her join.  From that day, she went on to become a founding member of Oracle Winter Guard, marching 4 years with the group.  She also was a member of the Blue Knights color guard from 1997 through her age-out year as flag captain in 2000 and returned as the flag tech in 2001.  In addition to her marching experience, she has been a color guard instructor in the Denver area for almost 20 years having taught several groups, among them Broomfield High School and Mountain Range High School.

Professionally she’s worked as a multi-store retail manager with a focus on visual design and training.  She is able to bring her knowledge of retail management to Ascend in her role as Merchandising Manager, and her skills with writing policy and procedures for a national retail chain enable her to work effectively as the Assistant Director of Communications.  She is also a free-lance graphic designer, having obtained a Batchelor of Arts in Graphic Design from the University of Northern Colorado (2001).

» Back to Ascend Staff…