Trumpet and later on admin.

Musician, I play tenor Sax and Trumpet in Float Like a Buffalo, and I am a sing-a-long piano player that plays in bars and venues around the state, as well as I teach marching band at Bear Creek High School in Jefferson County. 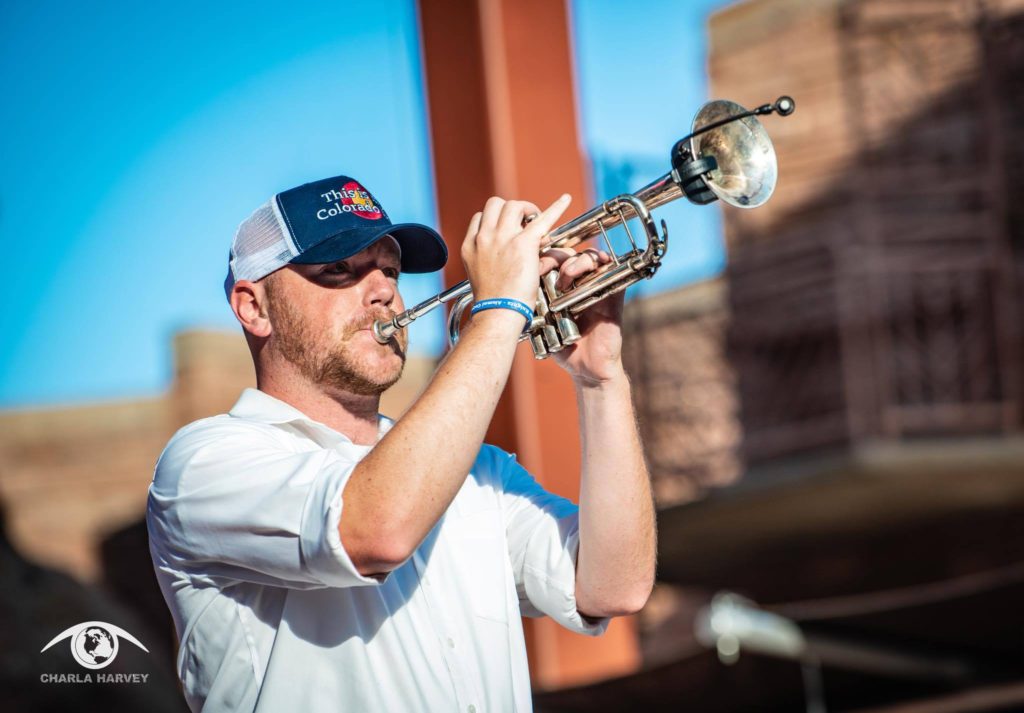 In 2006 I auditioned for BK because troopers folded and I had just taught myself a brass instrument. After getting cut I spent time learning and growing as a player for two years. After drums along the Rockies in 2007, I truly fell in love with Blue Knights and knew that’s where I had to march.

I have a few moments that have stuck with me after all these years. 2008 drums along the Rockies, when we walked on the field and the stadium shook, 2010 Medford Oregon, worst showers in all of the country but a beautiful rehearsal site, the show was unbelievable intimate and the crowd was so responsive and so supportive. In 2011 when our bus accidentally drove into a cornfield and the entire bus had to get off and help push the bus out of a ditch.

Hindsight of my time with bk has taught me a lot about what leadership means. As a young slightly arrogant trumpet player, I had a jaded perspective that leadership was more telling what people to do rather than leading by example. I reflect on my time as a section leader and use those lessons I have learned to help young leaders grow with the proper motivation and strength.

The biggest lesson from BK that I have taken with me is the value of hard work. The admin staff was the hardest work but the most rewarding. YOu had a chance to be apart of something bigger than yourself and you had to shed any ego you had because it was not about you. Everything you did was for the member’s success.

Learn as much as you can and Have fun. This activity has evolved so much and the lessons you will learn from audition or experience camps come from some of the best educators in the country and you have the honor of playing with some of the most talented musicians in the country. Absorb all of it 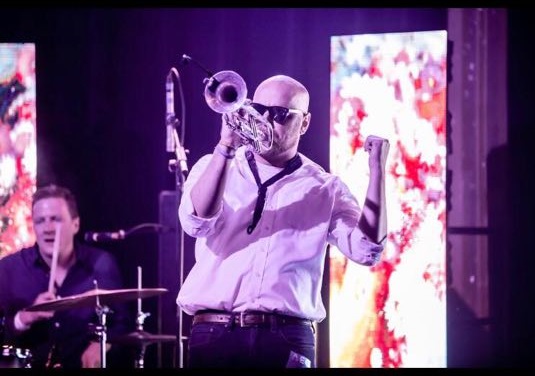 How would you like to see other Blue Knight alumni get involved in the
organization?

I think that BK alumni can just be there to help where help is needed. During tour, you never know how greatly appreciated an extra driver to the grocery store, an airport pick up, a propane refill, all of this help relieve so much stress of a very stressed admin team.

the 2018 alumni corps was an awesome experience. It was a 10 year anniversary of one of my favorite memories of that activity. Being a soloist nearly a decade later with the corps that had given me so much was an honor and just a ton of fun.

Check out Luke’s band “Float Like a Buffalo” here!