Thank You for Your Support!

Protect the future of the marching arts

More Ways to Give

Return to our Support Hub

Have a question? Get in touch

Ascend Performing Arts is powered by YOU. Without you, we would not be able to complete our mission of furthering the education and growth of young people through the performing arts.

How can you help?

Ascend has partnered with many organizations to increase the impact your donation makes.

Ascend partners with the Community First Foundation to receive donations through ColoradoGives.org. Make your gift go further by scheduling your donation for Colorado Gives Day.

Help Ascend keep the future of the performing arts sustainable by donating in your will or trust.

Use Amazon to shop online? Select Ascend Performing Arts as your Amazon Smile non-profit of choice and every purchase you make will support Ascend.

Create your own personal fundraiser using Facebook. Share your fundraiser with your network and encourage them to help you raise money for Ascend Performing Arts and the Blue Knights.

Shop at King Soopers and Kroger

Shop at King Soopers, Kroger, or City Market stores? Register your rewards card and select Ascend Performing Arts as your non-profit of choice to support Ascend with your purchases through Kroger Community Rewards.

Ascend has partnered with Cars for Charity to accept donations of unwanted vehicles.

Our scholarships are designed to help make available funds for those individuals that possess the talent, desire, and commitment to be a member of any Blue Knights Ensembles, but lack the financial resources to make that dream a reality. 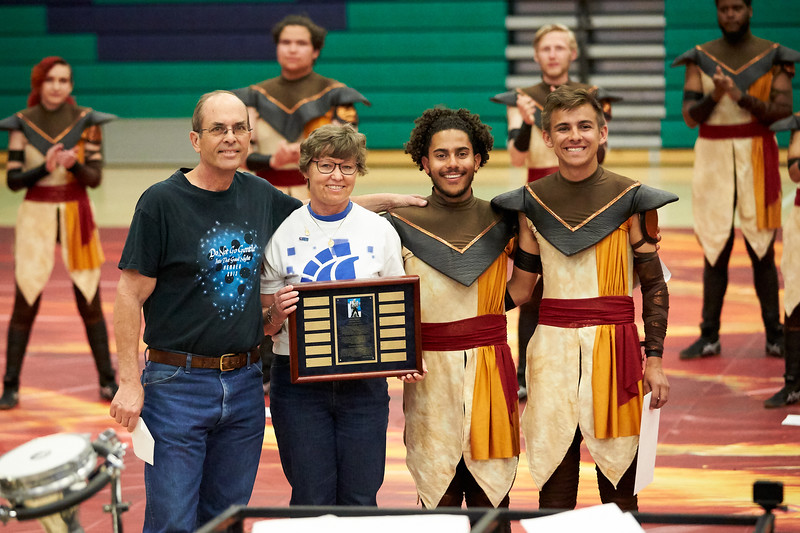 Choose a Scholarship to Contribute To

This Blue Knights Alumni Scholarship was established by the Alumni Association in 2017, which includes alumni from the Blue Knights Drum & Bugle Corps, Blue Knights Percussion Ensemble and Blue Knights Winds programs. The Association sponsors fundraisers so that future members in need of financial assistance would be able to have an education for life through the demands of experiencing drum corps, percussion, or winds ensembles.

Contribute to the Alumni Scholarship by selecting it as your donation of choice at ColoradoGives.org.

This Memorial Scholarship was established in memory of long-time volunteers Del and Dinah Owens. Del and Dinah Owens spent over 20 years as volunteers. Del volunteered at drum corps camps doing airport shuttle runs; registration, shako fitting, food service, and merchandise preparation. Dinah managed merchandise and was instrumental in establishing souvenir sales as part of Ascend’s income. They both also volunteered to help out the Percussion Ensemble, volunteered at events and both served on the Booster Board.

Contribute to the Del and Dinah Owens Memorial Scholarship by selecting it as your donation of choice at ColoradoGives.org.

By request of his parents, Rick and Cheryl Nygaard, the Keith Nygaard Memorial Scholarship was established in 2017 for the Blue Knights Percussion Ensemble. Keith was a member of the Doherty High School Marching Band in Colorado Springs where he led young new musicians in the art of marching music. He continued his passion as a performer by joining the Blue Knights Percussion Ensemble in 2012 and marched until he aged-out in 2015. Keith graduated from the Colorado School of Mines where he majored in Electrical Engineering with a minor in Computer Science.

His family wanted Keith’s legacy in music to continue by helping talented members, who indicated financial need, to be able to march and reap the benefits of being a member of the Blue Knights Percussion Ensemble. According to his friends, Keith was “an incredible musician who brought so much joy to this world by inspiring hundreds of young marching musicians to follow their dreams.”

Contribute to the Keith Nygaard Memorial Scholarship by selecting it as your donation of choice at ColoradoGives.org.

Music was a passion in Dan's life and he was involved with the Blue Knights Drum & Bugle Corps until he aged out. He started as a snare drummer in the Corps. After aging out, Dan assisted the Corps' Instructional staff and also served as percussion instructor for local high school bands.

Contribute to the Dan Burke Memorial Scholarship by selecting it as your donation of choice at ColoradoGives.org.

Want to create an endowed scholarship?

How to Become an
Ascend Sustaining Donor

On our ColoradoGives.org Donation Page:

1 Choose Monthly for a recurring donation.

3 Fill in your details and complete your donation.