DENVER, CO – Ascend Performing Arts has been commissioned to produce a performance ensemble for the 2015 FIS Alpine World Ski Championships in Vail/Beaver Creek, Colorado in February.  Scheduled from February 2-15, the FIS Alpine World Ski Championships are expected to showcase athletes from over 70 nations, with an estimated 750 million worldwide television viewers and an onsite media and broadcast entourage of approximately 1,500 members.

“Ascend Performing Arts has become the go-to when it comes to producing specialized performance ensembles around the world,” said Mark Arnold, Executive Director of Ascend Performing Arts. “From the Denver Broncos Stampede, Broncos Brass, and the Blue Knights-Taiwan project, this is another opportunity for us to support events such as this in line with the Ascend mission of elevating life performance.” 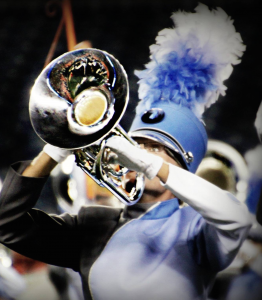 Ceil Folz, President of the Organizing Committee for Vail-Beaver Creek 2015, offers her insight into the status of the preparations in Vail Valley from a recent interview.

“We are in great shape from the organizational standpoint and all the important things are already done.  At the moment, we are just adding what we call the frosting on the cake: the fun additional elements that will make our event special and unique.  Our current focus is to encourage everyone in the valley and beyond to come and join us for the World Championships: All the races are free, the local transportation services are free, and so are the ceremonies, concerts and all other entertainment.”

All free concerts during the 2015 World Championships will take place at Championships Plaza in Vail Village.  Live entertainment will commence each evening at 6:30 pm, with official medals presentations and bib draws kicking-off the festivities, followed by a free concert.  It is recommended that guests arrive early to ensure a prime viewing spot.

UPDATE: Check out 100+ photos of the event here!