Since then, Jaycee has continued with designing, instructing, choreographing, and consulting for many groups across the United States, and internationally as well.

He served as the Assistant Caption Head and Lead Technician at The Bluecoats Drum & Bugle Corps from 2014-2017.

Jaycee has been the staging/drill designer as well as a choreographer and instructor for Imbue Winterguard since 2010.

Currently, Jaycee resides in Salt Lake City, Utah where he is a designer, choreographer, and instructor for American Fork High School and Wasatch Independent. Jaycee also serves as the Color Guard Director at the University of Utah during the Fall. 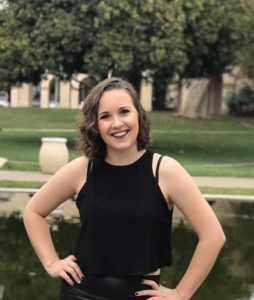 She has a B.S. in Child Development and B.A. in Women and Gender Studies from CSU Fullerton. In May, Emily will be graduating fro Claremont Graduate University with an M.A. in Cultural Studies.

Chance Webb started his color guard career his sophomore year at Patrick Henry High School, located in San Diego, CA. After graduating in 2014, he auditioned for Vox Artium Winterguard, where he marched from 2015-2017, while also serving as captain during the 2017 season.

Besides performing, Chance has an incredible passion for teaching. He considers himself very lucky to have worked with a number of different programs throughout the San Diego area. He is extremely excited to return to the Blue Knights! 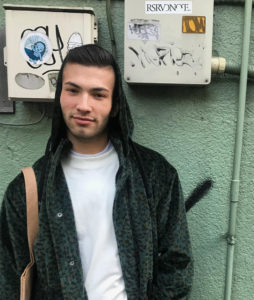 Jacob Tortorete has been a performer for the Blue Devils (2012 – 2017) and Imbue Winter Guard (2014 -2019), and has studied other specific forms of movement training and performance art. During his time as a performer, he has cultivated a unique, creative language with the various designers and instructors, which has helped develop his artistic voice and direction of instruction. He has since become an instructor and joined the design team at Imbue as well as The Blue Knights (2019).

In addition, Jacob choreographs and designs for international independent winter programs, Blue Winter Guard from Germany and Dynamic Winter Guard from Canada. Jacob has assisted in several movement and equipment clinics across the nation, as well as instructs for Mayfair High School in Lakewood, California. Jacob also assisted a presentation at the first annual WGIcon in 2019 to demonstrate an inside look at some of the techniques he and his business partner have developed and utilized alongside the other designers and performers of Imbue.

Jacob is also a recent graduate of the Fashion Institute of Design & Merchandising, acquiring a degree in Visual Communications. He currently resides in Long Beach, CA and works as a Visual Merchandiser in Los Angeles. Jacob has been able to use his training and expertise to enhance the costuming and design choices of his pageantry teams. 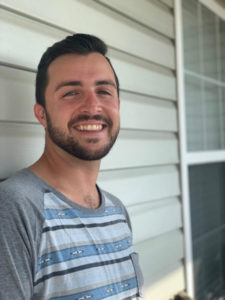 As a native of San Diego, California, Austin started his performing career at a young age in dance, gymnastics and theater. Austin joined his high school’s color guard during his sophomore year, and performed with Gold Drum and Bugle Corps the following summer.

He continued pursuing his love for the drum corps activity by marching Bluecoats from 2012 to 2016. During the winter season, Austin performed with Vox Artium Winterguard from 2012 to 2015, Bluecoats Indoor in 2018, the Pride of Cincinnati in 2017 and 2019, and the POC Dance Ensemble in 2020. Austin currently serves as a member of the Board of Directors for Pride Youth Development Foundation.

Austin graduated from UC San Diego with his bachelor’s degree in Biochemistry in 2016. He resides in Cincinnati, Ohio, where he is pursuing his MS in Nutrition from University of Cincinnati. Austin is excited for his second summer with the Blue Knights, and cannot wait to get the season started! 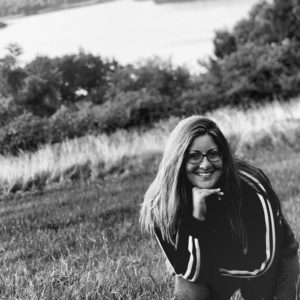 Lauryn Heller is thrilled to return for her 5th season with the Blue Knights. Lauryn has experienced the world of the marching arts from a very young age, particularly because of her mother’s influence. She attributes much of her success to her 8 years performing with the WGI A class finalist Haddon Heights HS “High Voltage” color guard program and its exceptional staff (2002-2009). After high school, Lauryn marched indoor color guard with The Light Brigade (2010), Alter Ego (2011, 2012), and The Black Watch (2014, 2016). Additionally Lauryn marched 6 years in The Cadets Color Guard (2008-2013).

By day, Lauryn works in an elementary special education program as an instructional aide. On nights and weekends, she is working with multiple marching arts organizations. Lauryn is truly looking forward to 2020 with the Blue Knights Color Guard and Staff! 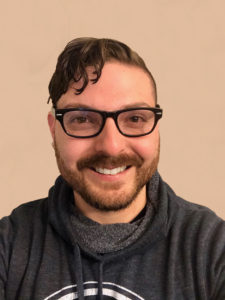 Pete Marquez-Johnson grew up in West Covina, CA where he performed with his high school color guard for four years. Upon graduating, Pete fell in love with drum corps and the sport of the arts after his first DCI experience with The Boston Crusaders in 2007 and his first WGI experience with Corona Winterguard in 2008.

Pete has been teaching color guard as both a designer/choreographer and technician in the Southern California area since 2009. He has worked with the color guards at many schools including Sunny Hills High School, South Hills High School and Ayala High School. He currently works with Vista Murrieta HS in Murrieta, CA. Pete has also had the opportunity to work with The Academy’s color guard in the summers of 2014 and 2015, and joined the Bluecoats on the road in 2016 and 2017. This will be Pete’s second summer with the Blue Knights color guard. 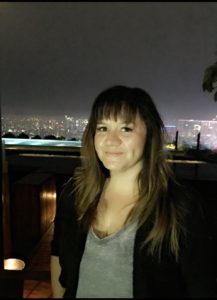 Shavon Garcia is from the Central Valley of California, and began her pageantry performance at Riverbank High School, followed by the Santa Clara Vanguard Cadets and then The Santa Clara vanguard.

Shavon began teaching color guard at her alma mater for 6 successful years. She was also a technician for the Beyer High School World Class Color Guard from 2001-2003. Shavon also became the color guard director and designer for Beyer from the Fall of 2005 through the Spring of 2008. She was also the Director of the CSU Fresno Color Guard for 7 years.

Shavon worked as a designer and instructor for the Vanguard Cadets, intermittently between the years of 2002 to 2009. She was also the Color Guard Caption Head, designer, and interim Corps Director of Fever Drum & Bugle Corps. With Fever, she created a successful independent winter guard that received a WGI bronze medal in the A class.

From 2014 through 2017, Shavon was the Color Guard Caption Head for the Bluecoats Drum & Bugle Corps.

Shavon is the founder of the WGI world class finalist, and 2014 bronze medalist, Imbue Winterguard. Currently, she remains the director, designer, and instructor for Imbue.

Shavon has continued instructing, designing, choreographing, and consulting for many successful high school and independent programs throughout California.

Shavon has been the Vice President of the CVGPC since 2008, has served on the WGI Advisory Board, Board of Directors, and Steering Committee.

Shavon resides in Modesto, CA and holds a BA in Psychology, which not only expands her ability as an educator, but allows her to pursue work in other realms of her passion.