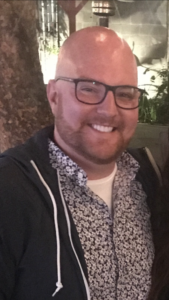 Jaycee Wilson will return as the Color Guard Caption Head and Designer for the Blue Knights Drum & Bugle Corps. Jaycee comes from California’s Central Valley, and is now located in Salt Lake City, Utah. He began his marching arts career playing the clarinet in elementary school, which he still plays today. Jaycee found his passion for color guard while attending Clovis High School in 2004, and since then has marched with the Blue Devils Drum & Bugle Corps Color Guard from 2006 to 2010, Rhapsody Independent from 2005, 2007 to 2008, and Imbue Winterguard from 2009 to 2013.

Jaycee served as the Assistant Caption Head and Lead Technician at Bluecoats Drum & Bugle Corps from 2014 to 2017, and has designed for many other programs across the United States such as Clovis West HS, Clovis North HS, and American Fork HS. 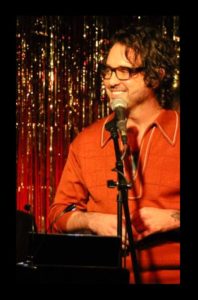 Tommy Keenum will return as a Program Consultant for the Blue Knights Drum & Bugle Corps. He helps coordinate their visual and musical presentation and is also responsible for uniform, costume, flag design and production in partnership with The Band Hall.

Tommy graduated from the University of Texas at Arlington where he received his BA in music. He was drum major of the marching band and an all-state saxophonist in high school. He was in the rifle line of the 1983 Sky Ryders as well as Odyssey winter guard in 1983 and 1984.

Tommy is also an accomplished singer/songwriter/multi-instrumentalist who splits his time between heading the design department at The Band Hall and performing across the country as a solo artist and side man for many top acts. His songs have been recorded by numerous artists including a grammy award nominee and he is a past winner of the Billboard International Songwriting Competition.

Jay Murphy will also be assisting in color guard design for the Blue Knights as part of his role in overall visual design.