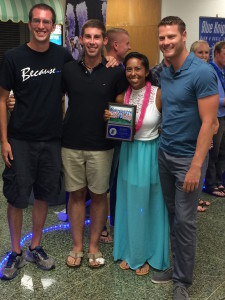 After a full day of rehearsal, the members and staff were released to get dressed for the evening’s festivities with an island theme. Volunteers and cook staff worked hard to provide a good home-cooked meal for them.

After watching the 2015 show video of “Because…” and enjoying a delicious dinner, Mark Arnold, Blue Knights executive director, welcomed everyone to the special event and thanked the numerous volunteers, drivers, admin team and staff who have made this historic season possible. He also thanked the 150 members for their dedication to bring “Because…” to life. Mark then turned the stage over to the Blue Knights Drum & Bugle Corps caption heads to present their section awards. 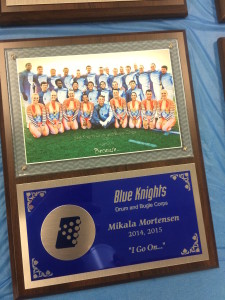