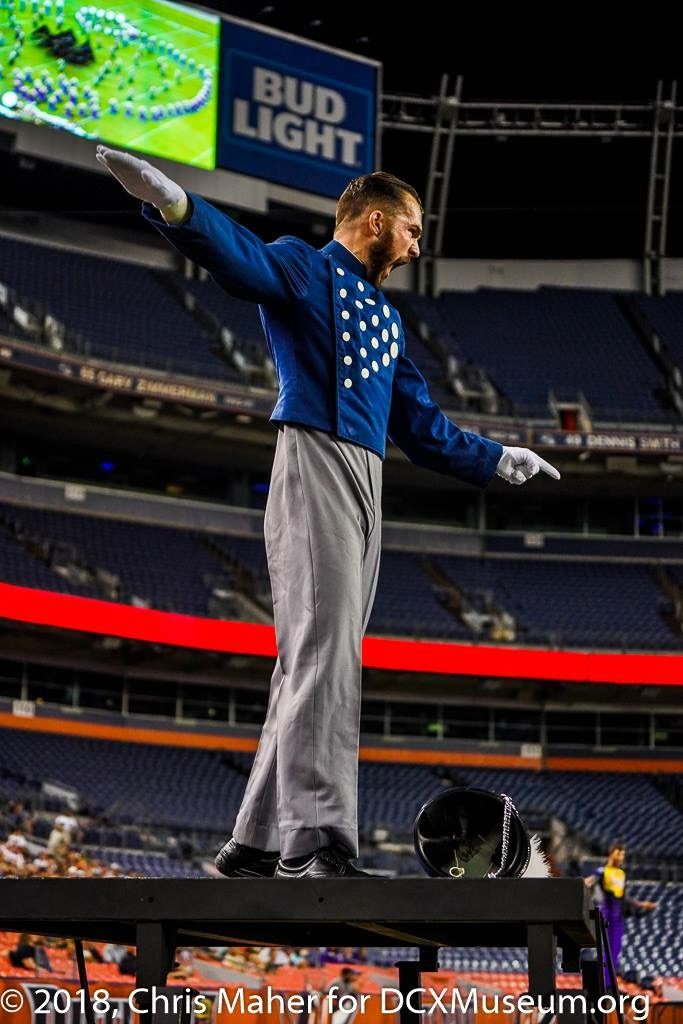 Daniel was also a charter member of the Winter Guard International Winds group Rhythm X Winds where he performed for four seasons on baritone. He has also instructed for several high school band programs in the southwest Ohio area. His primary instrument is the trombone.

“The Blue Knights has been my home for several years now, and this year to me is about leaving with absolutely nothing left to give,” said Daniel. “It’s been the honor of a lifetime to serve and represent such an impactful and incredible ensemble, and my ultimate goal for my final season is to be able to part knowing that I’ve truly made a difference to the organization and those in it.” 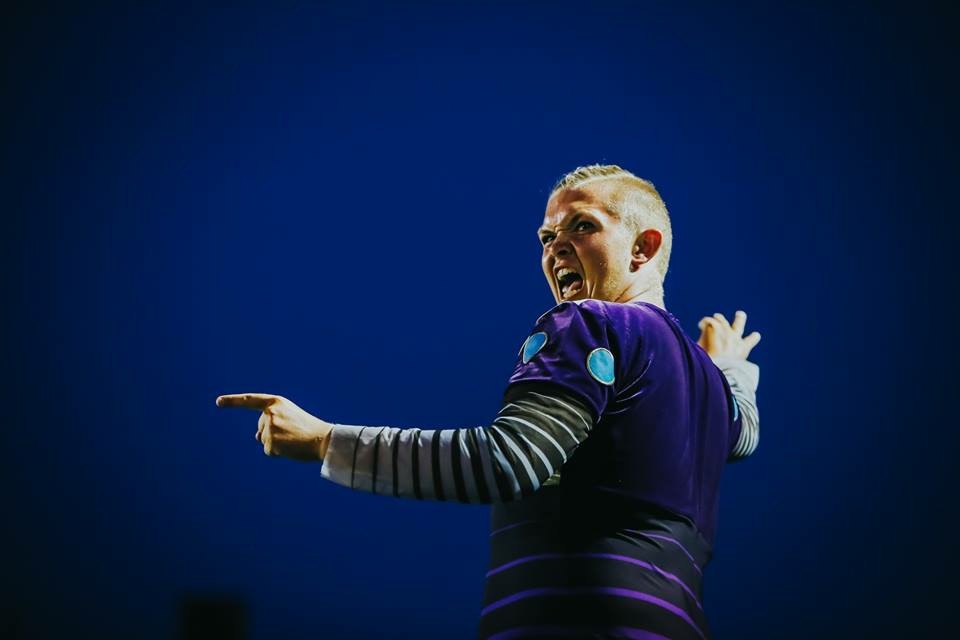 Caleb Florence is from Golden, Colorado and is currently a Music Education student at the University of Northern Colorado with a focus in Classical Percussion as well as a minor in American Sign Language.

Caleb is also returning to the Blue Knights Percussion Ensemble (BKPE) for his fourth year on the bass line. Caleb currently holds a Winter Guard International “Fan Favorite” award for his time with the Northglenn Performance Theater (2015) and is thrilled to spend his third and final summer with the Blue Knights.

“The Blue Knights will be just as powerful as always, but I am even more excited to the the strides that we take off the field, just as much as we do on the field as a corps,” said Caleb. “It is extremely humbling and an honor to be able to lead the corps for one last summer, and to create a culture that will grow even after I am no longer there.” 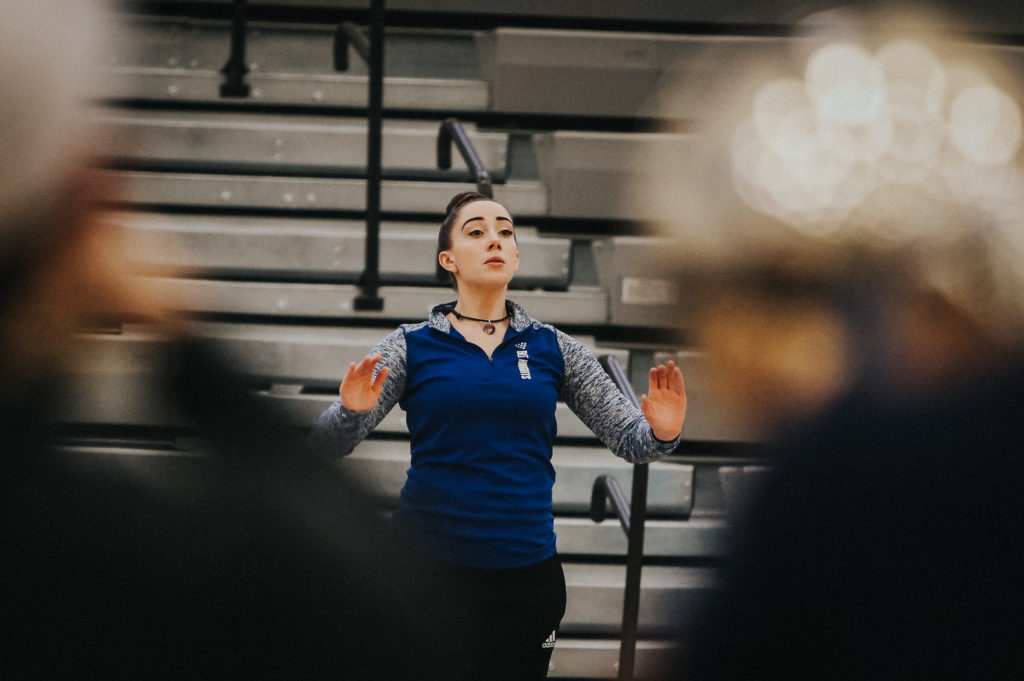 Micki Hayes is from Lexington, Ohio and currently in pursuit of a Bachelor’s Degree in Music Education with a focus on flute studies at Wright State University in Dayton, Ohio. Whilst at Wright State, she is an active member in the school’s Ohio Collegiate Music Educators Association chapter, flute choir, and also has served as the conductor for the pep band. Micki graduated from Lexington High School in 2016 where she served as the drum major for the Lexington Band of Gold and participated in ensembles such as the Bands of America National Honor Band and the Cavalcade of Bands Tournament of Roses Honor Band.

Micki was a member of the Blue Knights Admin team for the 2018 season, is currently the visual caption director at Tippecanoe High School, and was the Assistant Marching Band Director at Newton High School.

“I am so incredibly excited to represent and serve a unique and amazing group of people, who’s excellence I strongly believe in, especially at an organization that I’ve spent many years looking up to,” said Micki. “Last year, I was able to experience how the Blue Knights bring excitement, happiness, and touch people’s lives all over the country from behind the scenes. This year, I am humbled and more than excited to join the corps on field and I look forward to achieving new heights of creative excellence with the Blue Knights family.” 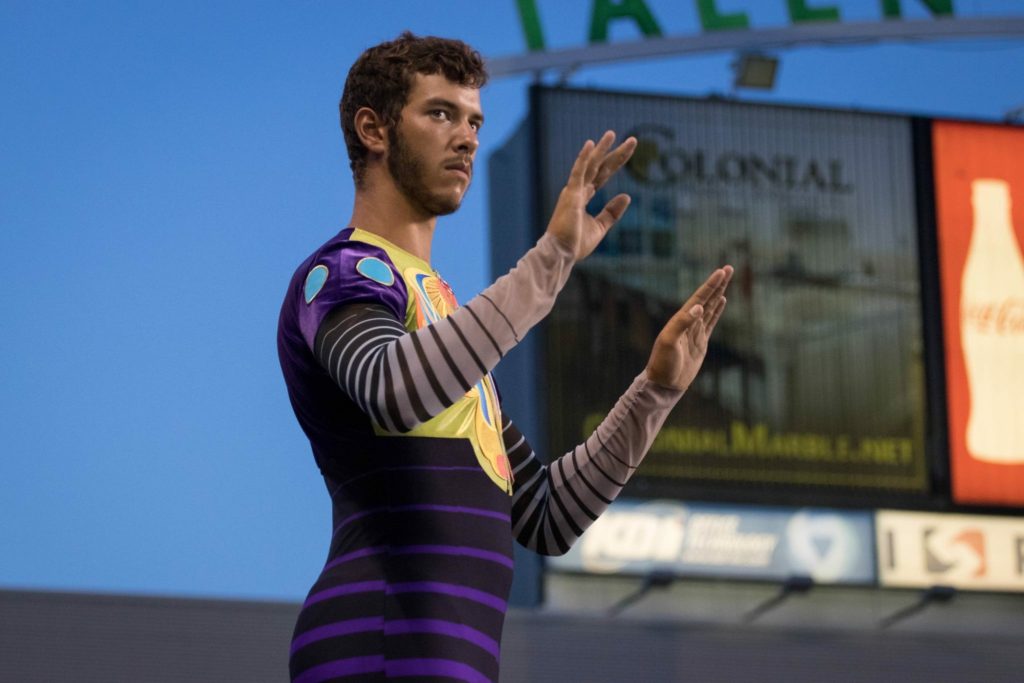 Stephen Scassera is a native of Pittsburgh, Pennsylvania and is 19 years old. This is his second year of drum corps and his second season with the Blue Knights as a drum major. Stephen graduated from Kiski Area High School in 2018 and participated in marching band for all four years, three of those as a drum major.

Outside of drum corps, Stephen is a freshman at Indiana University of Pennsylvania where he is currently studying Safety, Health, and Environmental Applied Sciences.

“To be a part of this organization is a dream come true for me,” said Stephen. “I’m so happy to be with such an amazing and talented team of leaders and hard workers in the corps, and I can’t wait to see what this season has in store!” 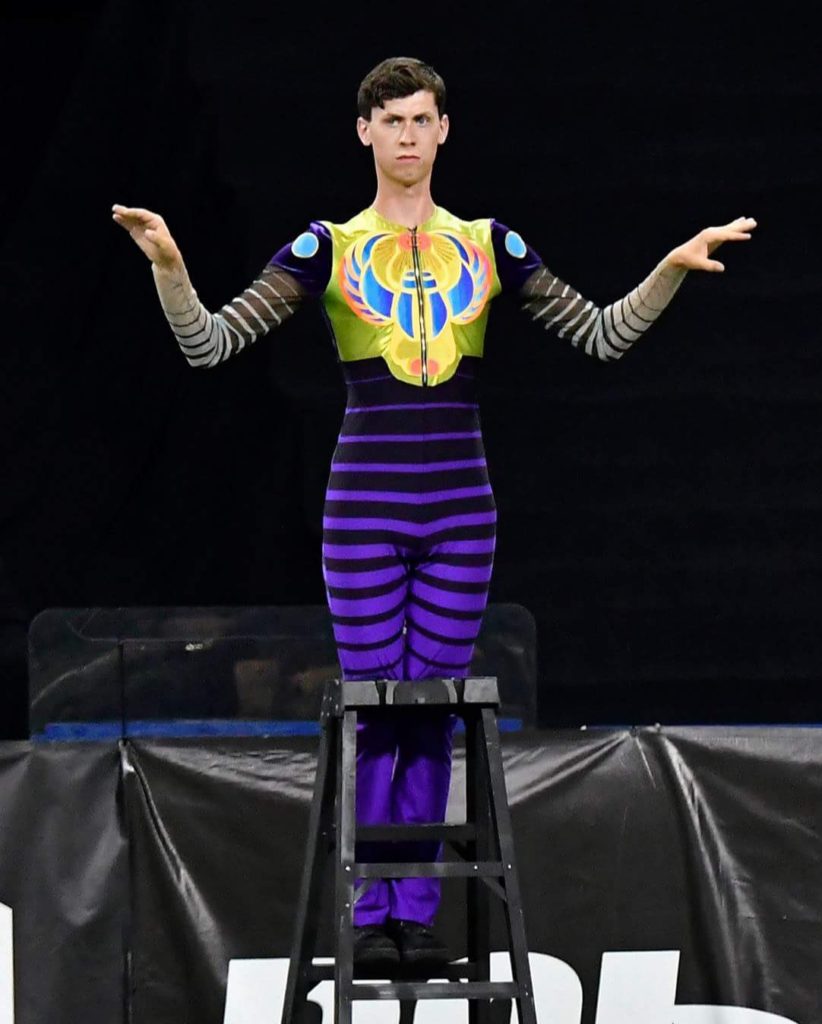 Tanner Mahovsky, 19, is from Grand Junction, Colorado and is enrolled as a Music Education major at Colorado Mesa University. Tanner graduated from Fruita Monument High School, where he spent two of his three years in marching band as trumpet section leader. Although he is majoring on clarinet, he also plays trumpet, saxophone, and marches mellophone with the CMU Maverick Stampede. This will be his third year of drum corps, and his second season with the Blue Knights.

“I am incredibly excited for the things we have in the works for this season.” said Tanner. “I feel truly honored to return for my second season to this organization, and I am looking forward to serving this group of amazing people once again.” 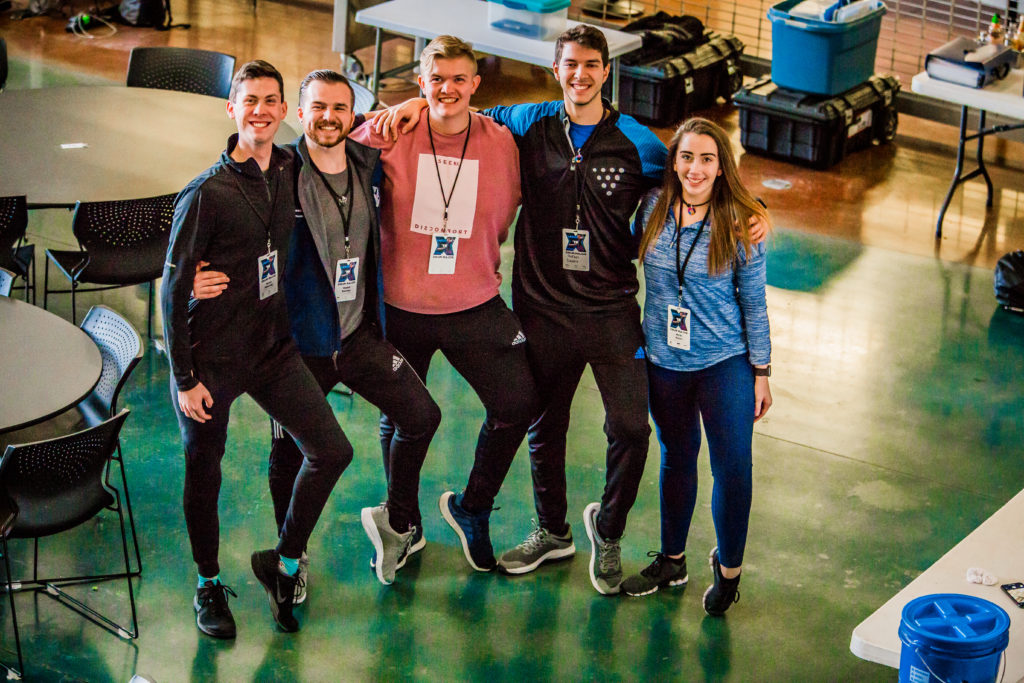