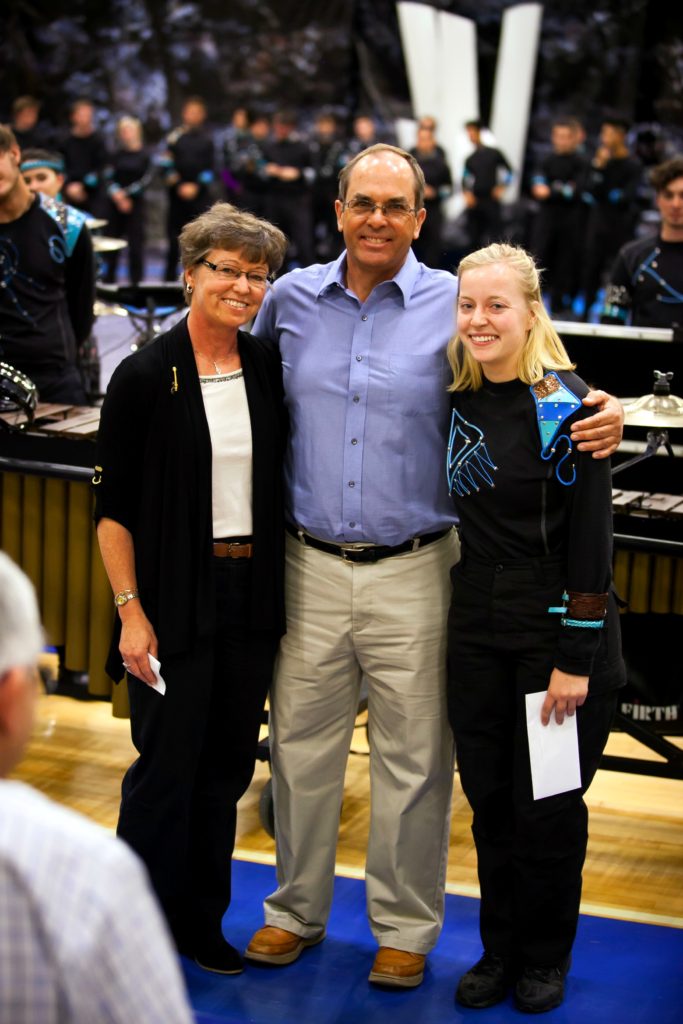 Malia Oderik is a member of the Blue Knights Percussion Ensemble Front Ensemble and is a Percussion Performance major at Colorado State University. Malia has loved music since she was four years old, where she began playing piano, and began her career as a percussionist at eleven. Malia started her time with the Rocky Mountain Percussion Association and Winter Guard International as a freshmen in high school and has continued ever since.

“I love being a part of the percussion ensemble because we have the chance to take everything we learn and do an immense amount with it,” said Malia. “I know that being a part of indoor percussion, from the beginning of my career, has vastly changed my life for the better and I hope to help bring the same effect to the lives of others. Blue Knights is helping shape my ability to do that every day, as I not only learn constantly while I’m there, but I also learn how to better teach while I’m there with the incredible staff we have.” 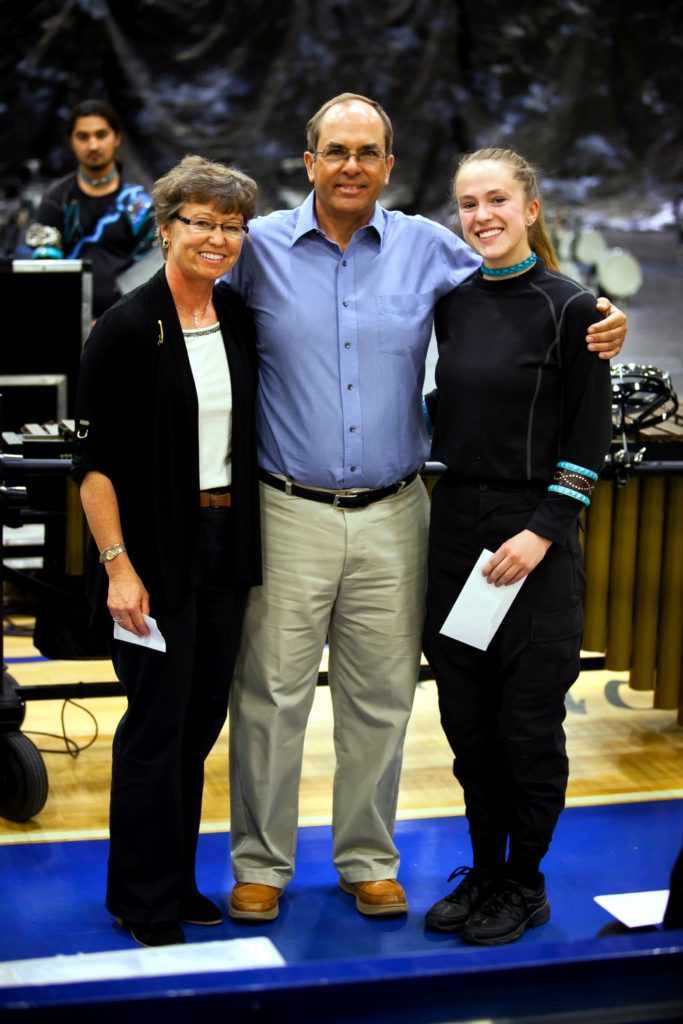 Emily Soder is in her first year with the Blue Knights Percussion Ensemble and marching in the tenor section. Emily has loved music since she was little, and has performed as part of jazz, concert, and blue grass ensembles. Emily knows a wide variety of instruments, from the clarinet to the mandolin, and started playing quads in eigth grade at the Centaraus High School drumline, and hasn’t stopped since.

“Being a Blue Knight to me means a constant pursuit of greatness, and encouraging those around you so they can do the same,” said Emily. “It means having a family to both support and push you, then doing the same for them.”

The Del Owens Memorial Scholarship was recently established to honor the passing of long-time Blue Knights supporter Del Owens. Del had been a member of the Blue Knights family for over 20 years, and volunteered at a large number of Blue Knights events. 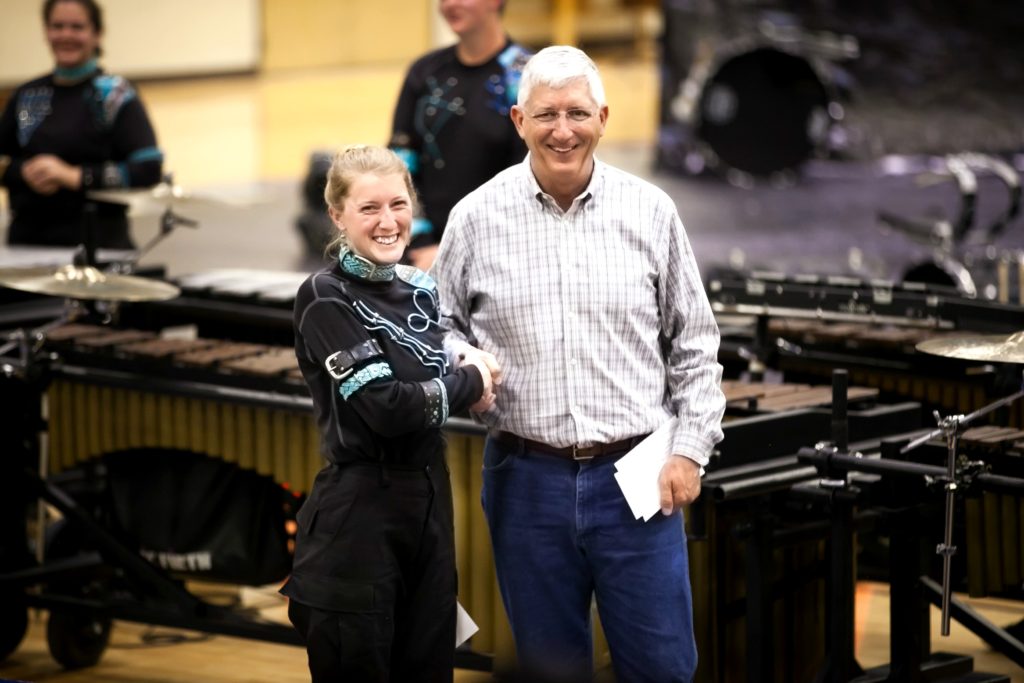 Hallie Schield is a Music Education and Performance student at the University of Northern Colorado. Hallie has been playing percussion for almost ten years and plans to continue as a percussionist throughout her adult life. Hallie  began in winter percussion at Douglas High School and proceeded throughout her marching band and was eventually offered a contract with the Troopers Drums and Bugle Corps, where she is currently going into her fourth season with them.

“I like being a part of Blue Knights Percussion Ensemble because I like participating in the marching arts at a high level and to have an ensemble to do it with,” said Hallie. “I think that being a part of the Blue Knights, or any of the independent groups, gives you the opportunity to inspire younger musicians to go for what they want and to act as a role model for them so that they might learn more about music.”

The Dinah Owens Memorial Scholarship was established in memory of long-time Blue Knights supporter Dinah Owens, and has supported 18 different members from both the Blue Knights Drum & Bugle Corps and Percussion Ensemble. 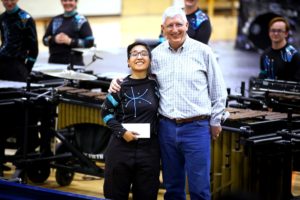 Xan Cordova is the recipient of this seasons Dinah Owens Memorial Scholarship, and is a member of the Blue Knights Percussion Ensemble Front Ensemnle. Xan is an English major at the University of Northern Colorado and has been playing percussion for nine years, with seven of those in the marching arts.

“Being a Blue Knight to me is about the pursuit and desire of excellence, whether that be in rehearsals or in my life at college or at home,” said Xan. “For me it is also about upholding the legacy of those that have come before me and continuing it as well. Blue Knights helps me do that by being relentless in never settling on doing the best but always working to make things better.”