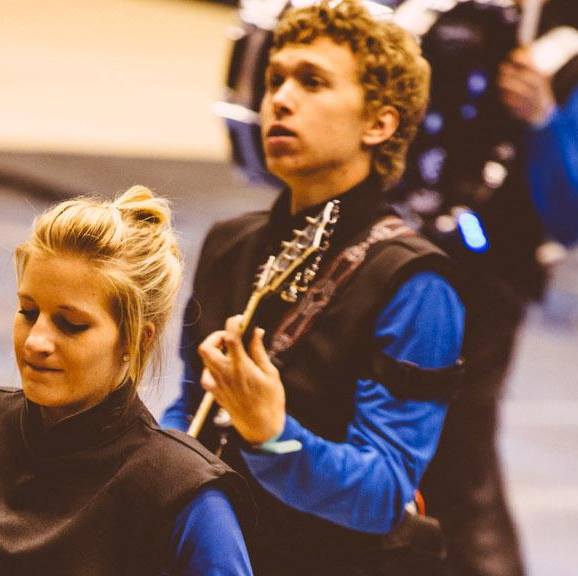 DENVER, CO – The Blue Knights family is saddened by the loss of the Blue Knights alum, Keith Nygaard. He is survived by his parents, twin sister Marcia, and brother Kenny.

“Keith was an amazing member of the Blue Knights Percussion Ensemble who deeply cared about those around him,” said Mark Arnold, Executive Director of Ascend Performing Arts. “He will be dearly missed by the entire Blue Knights family.”

From Colorado Springs, Colorado, Keith was a member of the Doherty High School marching band where he led young new musicians in the art of marching music. He continued his passion as a performer for the Blue Knights Percussion Ensemble, a world class performing arts ensemble, in 2012 and aged-out in 2015. Keith recently graduated the Colorado School of Mines where he majored in Electrical Engineering with a minor in Computer Science.

By request of his parents, the Keith Nygaard Memorial Scholarship has been established for the Blue Knights Percussion Ensemble. A scholarship is also being established for Rise Percussion where he was an instructor in 2016. According to his friends, Keith was “an incredible musician who brought so much joy to this world by inspiring hundreds of young marching musicians to follow their dreams.”

Here is one of Keith’s favorite quotes:

“To laugh often and much; To win the respect of intelligent people and the affection of children; To earn the appreciation of honest critics and endure the betrayal of false friends; To appreciate beauty, to find the best in others; To leave the world a bit better, whether by a healthy child, a garden patch, or a redeemed social condition; To know even one life has breathed easier because you have lived. This is to have succeeded.” — Ralph Waldo Emerson

Donations to the Keith Nygaard Memorial Scholarship are 100% tax-deductible and will benefit future members of the Blue Knights Percussion Ensemble. Donations must be received by December 31st to be considered for that season’s scholarship recipient.