COMMERCE CITY, CO – On Monday, the Blue Knights Drum and Bugle Corps held their annual Memorial Day Picnic for over 200 family and friends at Adams City High School. The Memorial Day picnic was a potluck event for family, friends and fans of the Blue Knights. Following the potluck feast they were treated to a sneak peak of The Great Event (learn more about the show concept here). 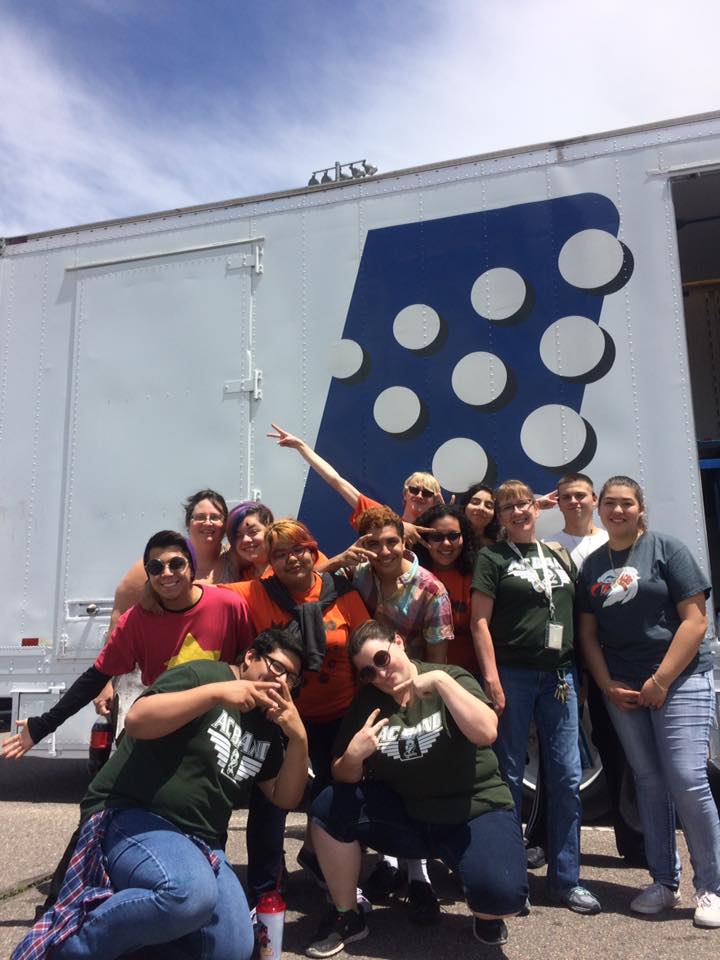 The sneak peak included a full run of the opener “Gorgon”, a standstill performance of “Goldenthall” and an encore. The Blue Knights also featured the Front Ensemble’s piece “Whirlwind” and a feature performance by the Blue Knights color guard.

Families came to witness the Blue Knights’ hard work after the first week of spring training and could not get enough of the drum corps. Contra player, Matt Mackay had his parents and brothers come up from Colorado Springs, CO to watch the performance. Mackay said “My little brother was considering auditioning for Blue Knights and I think this really inspired him to do it.”

First year drum major, Sarah Jones was joined by her family from Evergreen, CO and said “I absolutely loved performing with (the Blue Knights), it was absolutely great to share what we’ve been working on to everyone.”

The Blue Knights would like to thank everyone who brought something to the potluck picnic to support our event. In particular, we would like to thank the following volunteers who went above and beyond to ensure everyone had a great time: Janet & Orlando Archibeque, John & Jenny Bertsch, Deborah Brickman and Keith & Ann Huffman!

The Blue Knights Drum and Bugle Corps would also like to thank those that have served in our military and gave the ultimate sacrifice.