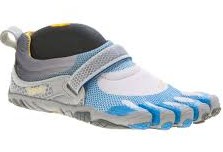 DENVER, CO – As a leader in the marching arts, the Blue Knights Drum and Bugle Corps is pleased to announce a new partnership with Vibram USA® shoe company out of Concord, MA.  The Vibram company is known for their manufacturer of quality footwear products.  While this partnership was hoped to occur last year to coincide with the Blue Knights’ new uniform launch, the announcement however, was delayed due to the shoes design being out-of-step with production goals. 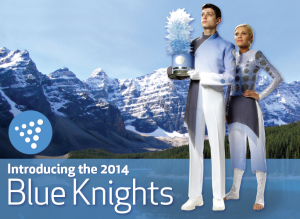 “Given the advance of Vibram’s footwear designs and recognized popularity of many of their products by residents of Colorado who own pairs of work boots, hiking boots, and exercise footwear that carry the Vibram brand, the Blue Knights and Vibram association is deemed as ‘a perfect fit’,” said Blue Knights Executive Director, Mark Arnold. “This new footwear will dramatically improve our ability to do our traditional ‘prep step’ during our performances.”

As an innovator in the marching arts, the Blue Knights will introduce the use of Vibram FiveFingers® shoes as a standard part of their field show uniform for all performers in the drum corps.  The Blue Knights’ visual staff sees this as an excellent opportunity to clean drill to much finer levels and create color schemes that are not possible with traditional marching footwear. The FiveFingers shoe design for this season will coordinate with the white and blue of the uniform revealed last year.  The Blue Knights Color Guard staff has decided on a “barefoot” Vibram FiveFingers dance shoe that will be specially fitted for the color guard members this season.  In addition, the Vibram FiveFingers shoes worn by the 150 members of the Blue Knights Drum & Bugle Corps for 2 straight months are expected to be sold in the BKMarketplace.org at a discounted rate after the 2015 Drum Corps World Championships Finals to #BKNation fans around the globe so they can “march in their shoes.”

» Get your tickets to DCI Finals through the Blue Knights here and help support them as a portion of the ticket sales go to the drum corps.

We hope everyone had a happy April Fools!