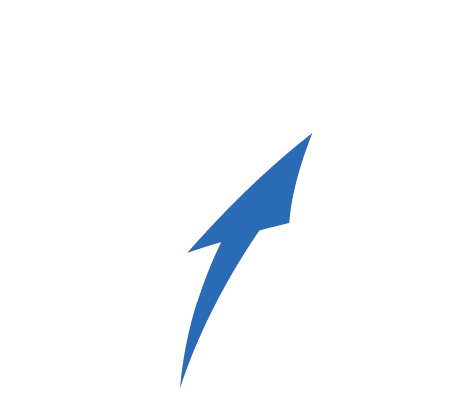 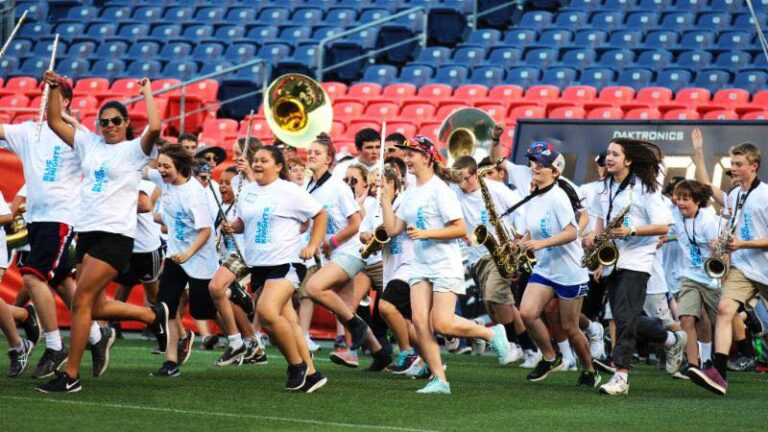 The mission of Ascend Performing Arts is to further the education and growth of young people through participation in high-caliber performing arts programs that promote teamwork and discipline, develop leadership skills, and enhance self-esteem.

Since 1958, Ascend Performing Arts has grown to become a multi-faceted, youth performing arts organization dedicated to elevating life performance through the pursuit of excellence. 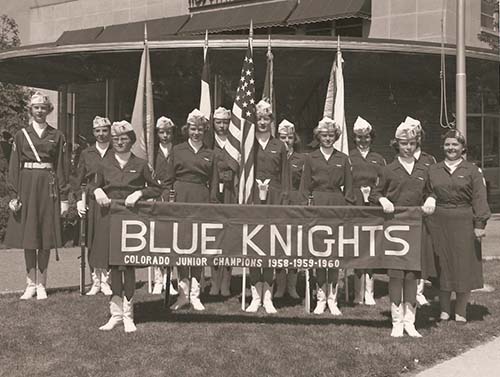 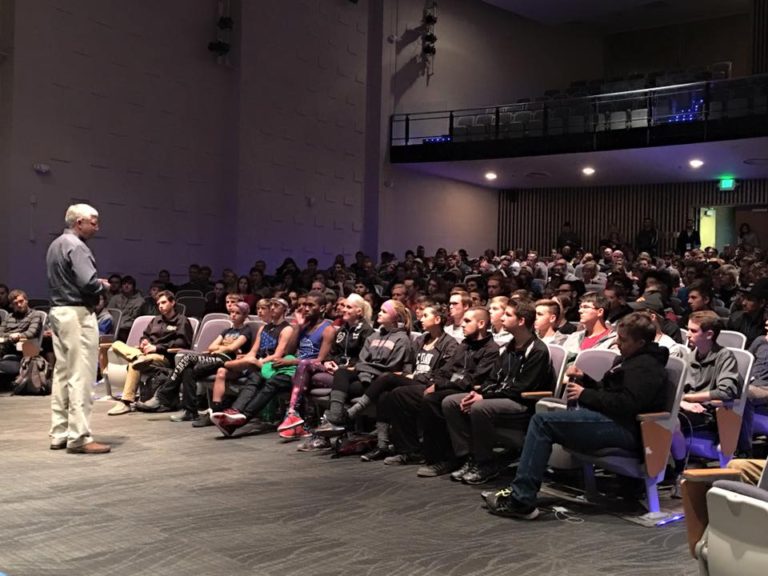 Educational outreach in grade school, middle school and high schools in the Denver-metro area and is designed to inspire and engage young people in the arts for life.

The goal of the Ascend Education Program is to Promote & Support the performing arts through initiatives such as BKXperience Clinics, Spark! Ideas Conferences, and other music education initiatives. 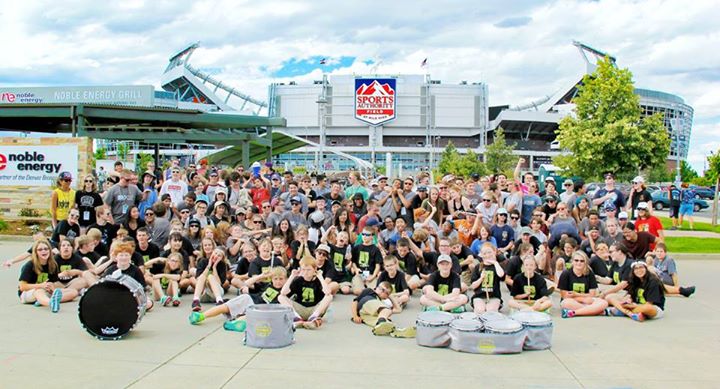 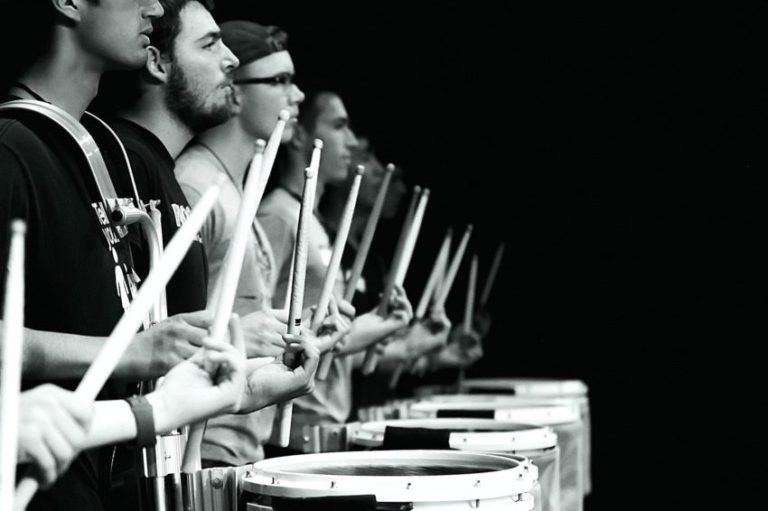 Learn from some of the best educators in the marching arts activity and experience what it is like to go through an audition with the Blue Knights Drum & Bugle Corps, Blue Knights Percussion Ensemble, and Blue Knights Winds. 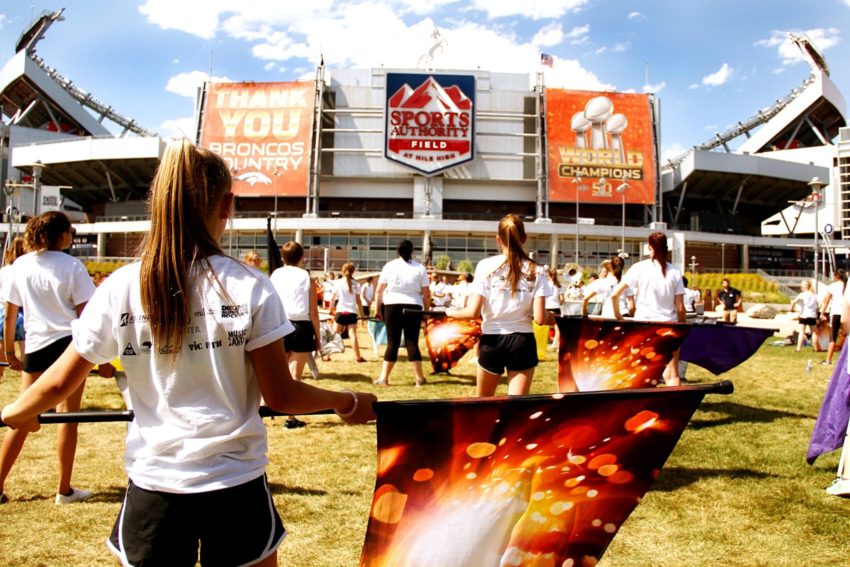 Drums Along the Rockies

DENVER, CO - Colorado’s premier marching music event, is annually one of the best and most popular events of its kind in the world.
Learn More
Get Tickets

OGDEN, UT - Every summer, a variety of competitive junior drum and bugle corps from all over North America stop in Utah on their national tours in preparation for the DCI World Championships. Held at Weber State University’s beautiful Stewart Stadium, join us as the world’s top drum corps entertain an enthusiastic crowd and battle for top honors at Corps Encore.
Learn More
Get Tickets

CANYON, TX - New this year! Four of the world's best Drum and Bugle Corps perform in Canyon, Texas at Buffalo Stadium on the campus of West Texas A&M University.
Learn More
Get Tickets

DENVER, CO - The Friendship Cup Marching Series is a competitive venue for Colorado bands during the fall marching band season. Friendship Cup marching band competitions are based on “band size” classifications and are judged by the finest music adjudicators in the nation.
Register Now
Registration Open

Let us perform for you next!

Ascend Entertainment for your next Conference, Convention, or Special Event

Request a Quote
Previous
Next

What is Ascend Performing Arts?

Since 1958, Ascend Performing Arts has become a multi-faceted, youth performing arts organization dedicated to elevating life performance through the pursuit of excellence. Ascend Performing Arts is recognized as the Rocky Mountain region’s most visible performing arts organization. Programs such as the internationally acclaimed Blue Knights Drum & Bugle Corps, the 4-time Winter Guard International Champion Blue Knights Percussion Ensemble, and Blue Knights Winds play an important role in providing high-caliber performance ensembles for thousands of youth performers each year. Ascend Performing Arts also produces the Broncos Stampede Drum Line and Broncos Brass to entertain tens of thousands of NFL fans at Denver Broncos home games every season. Educational programs such as the BKXperience allows students of a variety of performance levels to learn from the best educators in the marching arts activity. Ascend Events, such as the Drums Along the Rockies and Corps Encore drum corps shows and the Friendship Cup high school marching contests, provide a stage which showcases the world’s top young musicians at the highest level. For more information, please visit AscendPerformingArts.org or call (303) 777-1937 or email Info@AscendPerformingArts.org.

Since its inception in 1958 as a drum and bugle corps, the Blue Knights has developed into a multi-faceted youth performing arts organization which serves thousands each year.  Performing arts programs, educational outreach, and multiple performance events all speak to an organization that has evolved through time, meeting the needs of the Blue Knights and the community it serves.

Annually, Ascend Performing Arts programs and educational outreach clinics directly impact over 1,000 youth with hands-on instruction, and more than 3,400 students with the opportunity to attend and/or participate in our clinics and programs. In addition, over 15,000 people attended events developed and produced by Ascend Performing Arts. Combine this with two performing programs touring nationally, and the organization touches the lives of hundreds of thousands of people in one year alone.

The Ascend programs play an important role in providing for a higher quality of life.  Unlike the vast number of opportunities in sports, there are few extracurricular arts activities available in our schools today. Ascend programs provide a much-needed outlet for those interested in music and dance. The organization provides opportunities for musicians to expand their level of skills while developing them into contributing citizens. Some of the functions of Ascend include organizational support of the programs, such as finances, media relations, staffing and personnel management, supplies procurement, materiel storage and maintenance, service contracting, facilities leasing, scholarships, internships, staff development and continuing education, equipment sales and services for hire (e.g. show design, music arrangement, small ensembles for parties and events).

Ascend Events produce and sponsor the platforms upon which young people achieve excellence and produces important funds for general operation of the organization. Ascend Events include:

Members of Ascend Performing Arts ensembles gain a transformational life experience through the lessons that competitive performance uniquely provides. Attendance at Ascend sponsored clinics and participation in one of our band competitions provides a large number of students an experience that rewards, motivates and inspires them to reach for higher levels of performance in all endeavors. And all Ascend sponsored events create an opportunity for anyone to support and celebrate the accomplishments of youth performance at the world-class level.

Inspired by their experience, many Ascend Performing Arts members touch the lives of students throughout the Denver Metro Area, nationally, and internationally. At the Colorado State Band Championships, 80% of the high school bands competing were instructed by individuals who received their training through Ascend Performing Arts programs. Countless others continue to share their passion by instructing high school bands, color guards, percussion ensembles and various other performance groups throughout the United States, Canada, Europe, and Asia.

Using skills gleaned through their participation, our former members have developed into effective leaders in the areas of music, becoming professional performers, instructors, and band directors at both scholastic and collegiate levels. Others have found great success in areas of business, finance, law, medicine, education, philanthropic and the military—up to the rank of Vice Admiral in the United States Navy.

All of these current and former members of Ascend Performing Arts programs mentor a love of music performance while instilling the discipline, work ethic, social and team- building skills necessary for success in life.  All youth have a need to belong. Unlike the vast number of opportunities in sports, there are few extracurricular arts activities available in our schools today. Ascend provides a much-needed outlet for those interested in music and dance.  The organization provides opportunities for musicians to expand their level of skills while developing them into contributing citizens.

“The mission of Ascend Performing Arts is to further the education and growth of young people through participation in high-caliber performing arts programs that promote teamwork and discipline, develop leadership skills, and enhance self-esteem.”

The Blue Knights organization strives to seek the highest caliber instructional staff to accomplish the stated goals of the organization. Throughout its history the Blue Knights has been blessed with an instructional staff which understands that the positive development of our youth participants is the vehicle for their own self-fulfillment. Our activities provide us with an unparalleled opportunity to make meaningful impacts upon the lives of our youth participants.

The youth who come to our organization, and the parents who send them, place in us the ultimate trust to do what is right for them.

A majority of our activities are, by their very nature, competitive. Each individual organization is responsible for developing and assimilating our philosophy to its members, staff, volunteers and parents, in the Blue Knights organizations. The philosophy of our units as competitive organizations is the sole responsibility of the upper management.

Our philosophy, simply stated, is to be as competitive as possible on our arena. Utilizing our Mission Statement as our foundation, through providing our membership with a quality program and a staff of skilled designers and instructors, competitive success will be a natural by-product of our endeavors.

In the Blue Knights, we define “winning” as doing the best possible job, both on AND off the field of competition. Competition can indeed be an ugly experience unless we keep in mind just who we are here for our members. In the face of our competitive battles, we expect our staff to never let their egos and personal goals supersede the goals of our organization.